I had dinner at Jack Rose on 8-12-2017. I actually didn’t realize they had food until the Guide came out so I was excited to check it out!

Part of why I didn’t realize they served food is because they’re so well-known for their whisky collection. And speaking of said collection, look at the bottles lining the walls. The entire time I was there bartenders were scurrying around climbing ladders to retrieve items. It was really awesome. 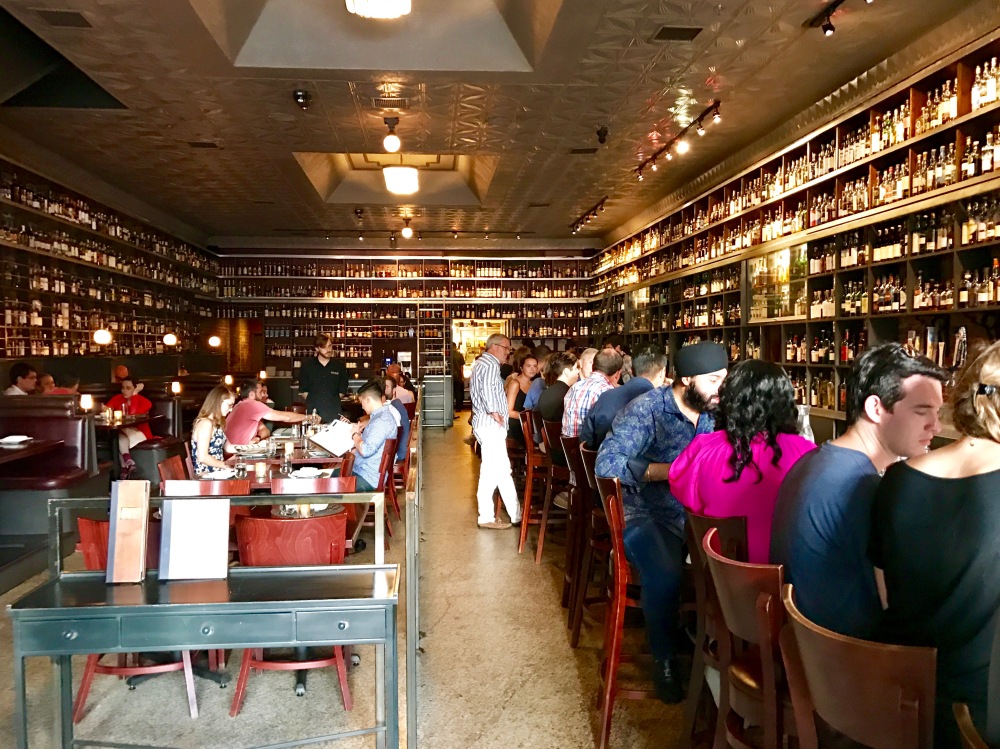 I actually ended up sitting at the bar but at a place like this that’s so drink-focused that wasn’t a bad thing. 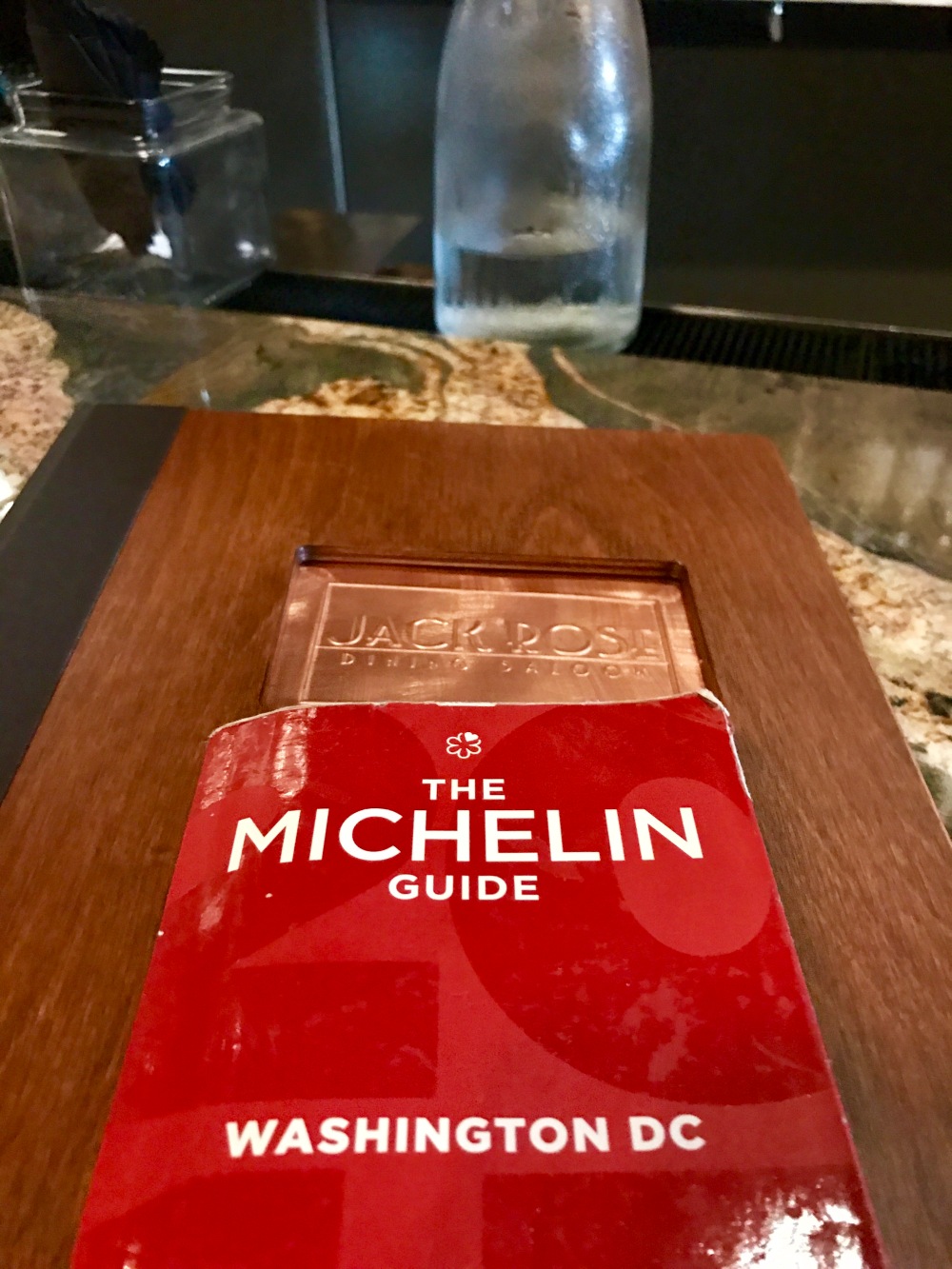 And speaking of drinks–when in Rome!

Of course I had to do a little bourbon tasting. The funny thing is I don’t really like bourbon so I keep trying it to force myself  to like it.  It was helpful to have such a knowledgeable staff to choose the best intro options for me. The Straight Edge was the least bourbon-y of the three so obviously the one I liked the best.

Burrata (asian pear, honey, hazelnut, lemon oil). This was pretty wet and free-form; it almost seemed more like stracciatella than burrata. It was sweet given the pear and honey, and some ways it was almost like a dessert. However, the garlic bread was a nice savory contrast and really delicious.

Seared Scallops (thyme roasted carrots, cashews). The scallops themselves were pretty light and not overly seasoned. The carrot sauce had almost a tangy orange flavor to it. The cashews added a nice texture contrast. 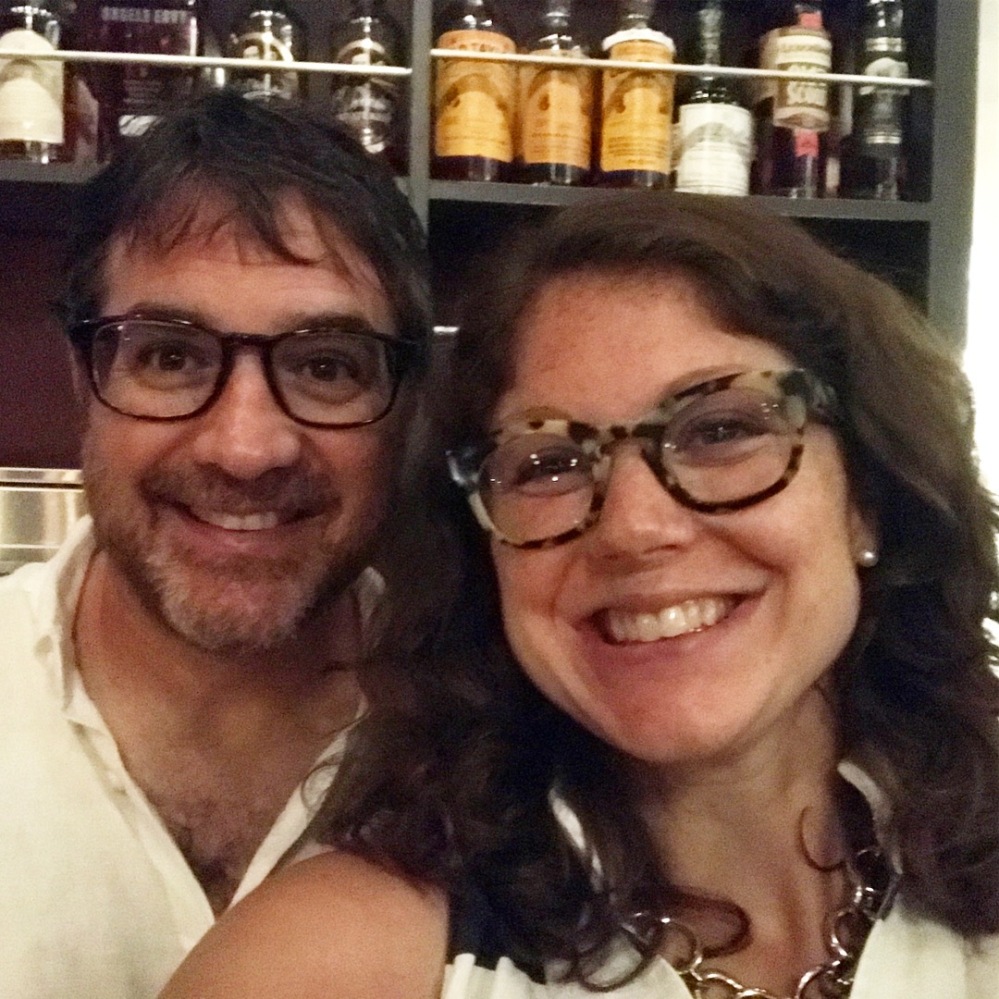 This is the owner of Jack Rose, Bill Thomas.

Overall this is a really fun place. I plan to go back to sample more menu items, try some of their RAMMY award-winning beer program (congrats Nahem!), and continue my quest to learn to not hate brown liquor 🙂