Posted on September 1, 2017 by kyleymcgeeney

I had lunch at Acadiana with my friend and colleague Alexis on 8-18-2017. I’d been to Acadiana a bunch back in the day and it was always a pretty solid. On this visit, though, one dish really stood out!

Upon entering the bar is to the right behind the hostess stand. Love those urns.

And the dining room is behind and to the left. Acadiana is what I call a “large format restaurant” because in addition to this giant space they had multiple private rooms in the rear as well.

They also have a great patio (not pictured) which is where we used to go for happy hour back in the day when I worked nearby!

Since this was Restaurant Week we went for that menu. It consisted of a handful of appetizers and any entree on the regular menu plus dessert.

Chicken & Andouille Gumbo. This was spicy, thick, and good. I loved the andouille.

Classic turtle soup. At first this was falling a little flat and tasted almost like minestrone. Then  we added the sherry and a dash of Tobasco–it was amazing and just needed that little kick! 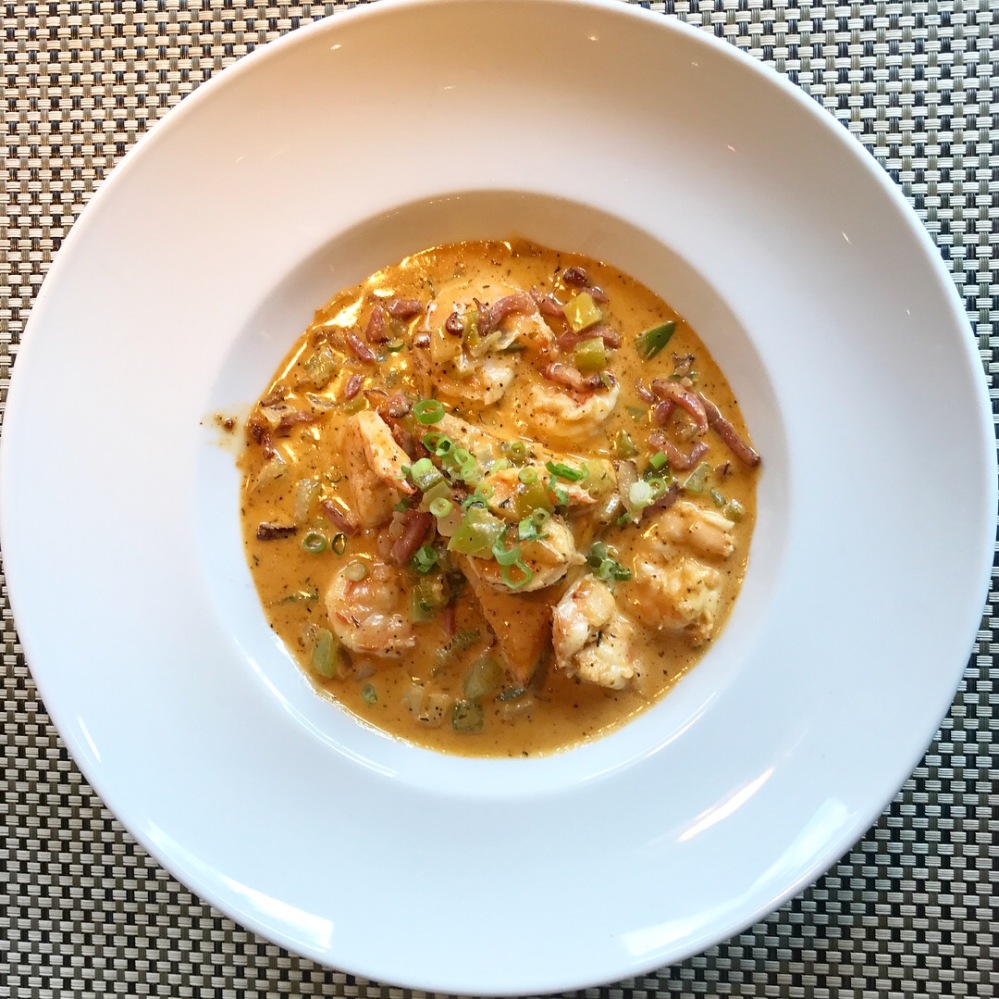 Shrimp & Grits (gulf shrimp, cheddar cheese grit cake, tasso ham, sherry). I’m going to try not to be too effusive about this dish but I’m not sure it’s possible. It was FANTASTIC–best shrimp and grits I’ve ever had!! First plus was that grits were a delicious cake rather than a puddle upon which the shrimp were placed. Second, the flavor was amazing. It had cajun spices, smokiness, ham, sherry, all the while being both light and creamy. I have considered grabbing this to-go just to bring it home for my husband to try. 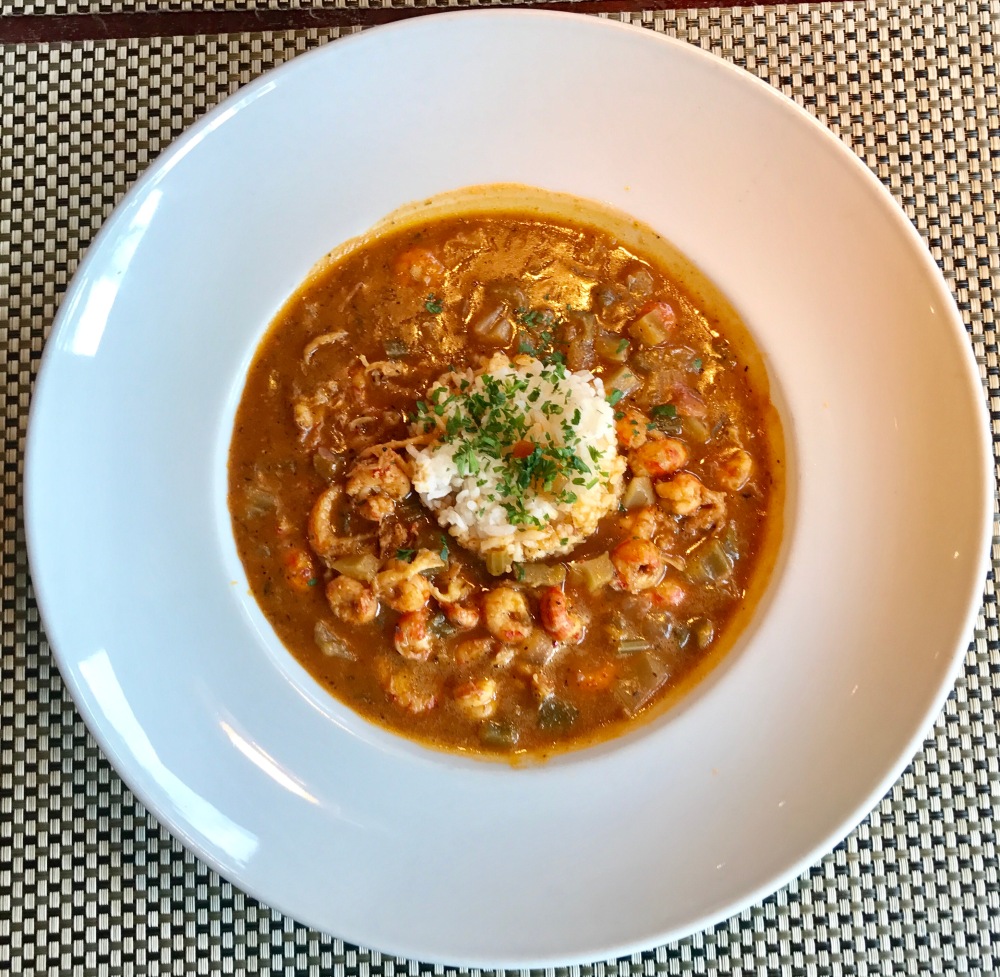 Louisiana Crawfish Étouffée (Mahatma long grain rice). This was the first time I’d ever had etoufee and it good. It was almost like gumbo without the roux and more tomato forward. It was peppery and spicy for sure. The fish flavor was pretty strong, I’m assuming due to the crawfish, but I loved the sauce nonetheless.

Egg nog creme brulee. This tasted exactly like egg nog and was delicious. 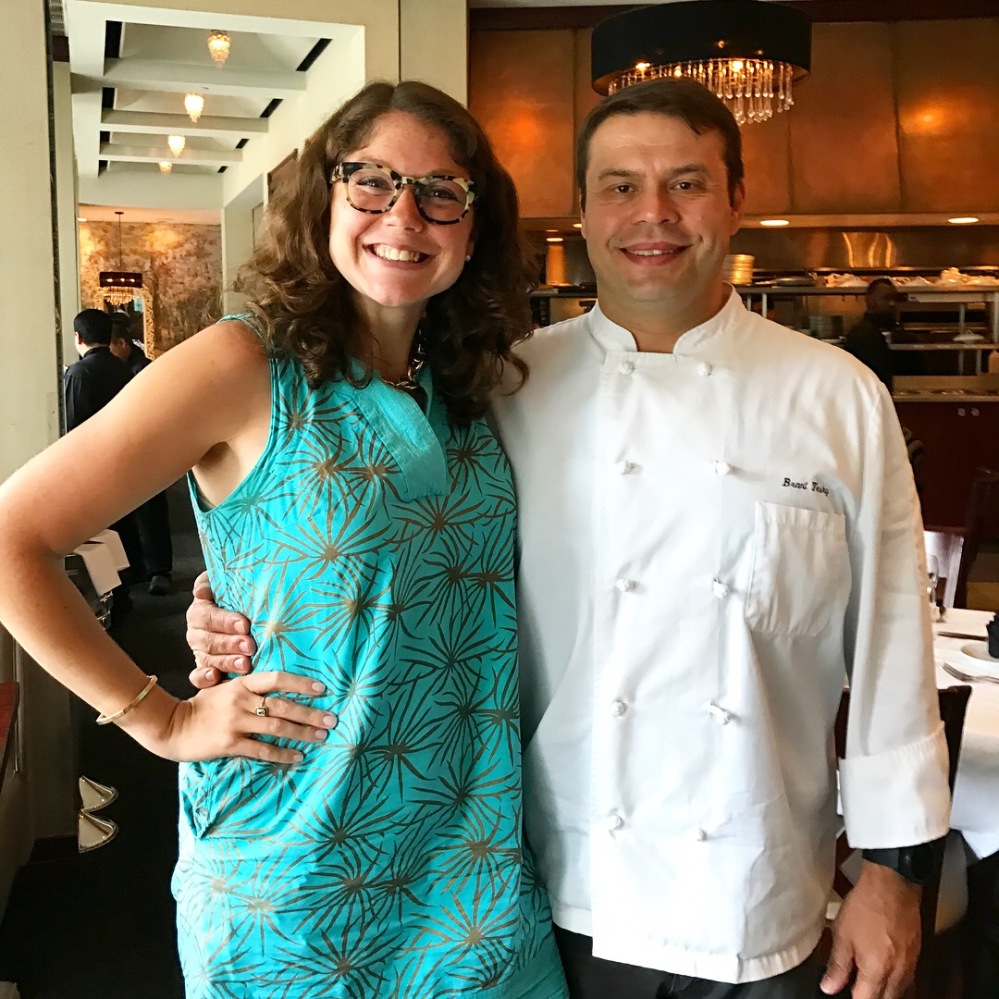 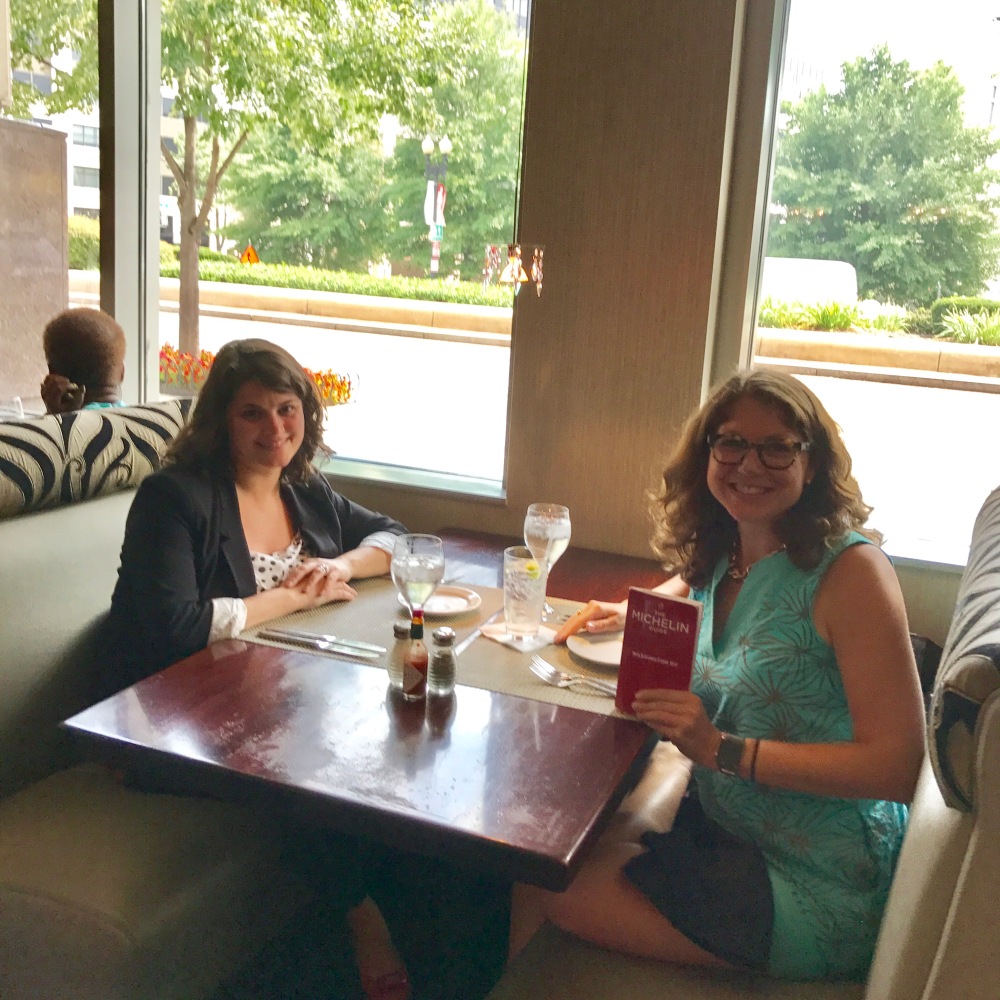 Overall this was a really solid meal with that shrimp and grits show stopper that I haven’t stopped raving about!