What a night! Lauren, Heidi, Janice, and I ate our way through D.C. at the Dine-N-Dash event on 6-9-2017. This is kind of like the world’s largest progressive dinner. You buy a wristband and get access to 30 participating restaurants, each of which featured roughly four dishes and two cocktails. Needless to say we ate alllll the things. 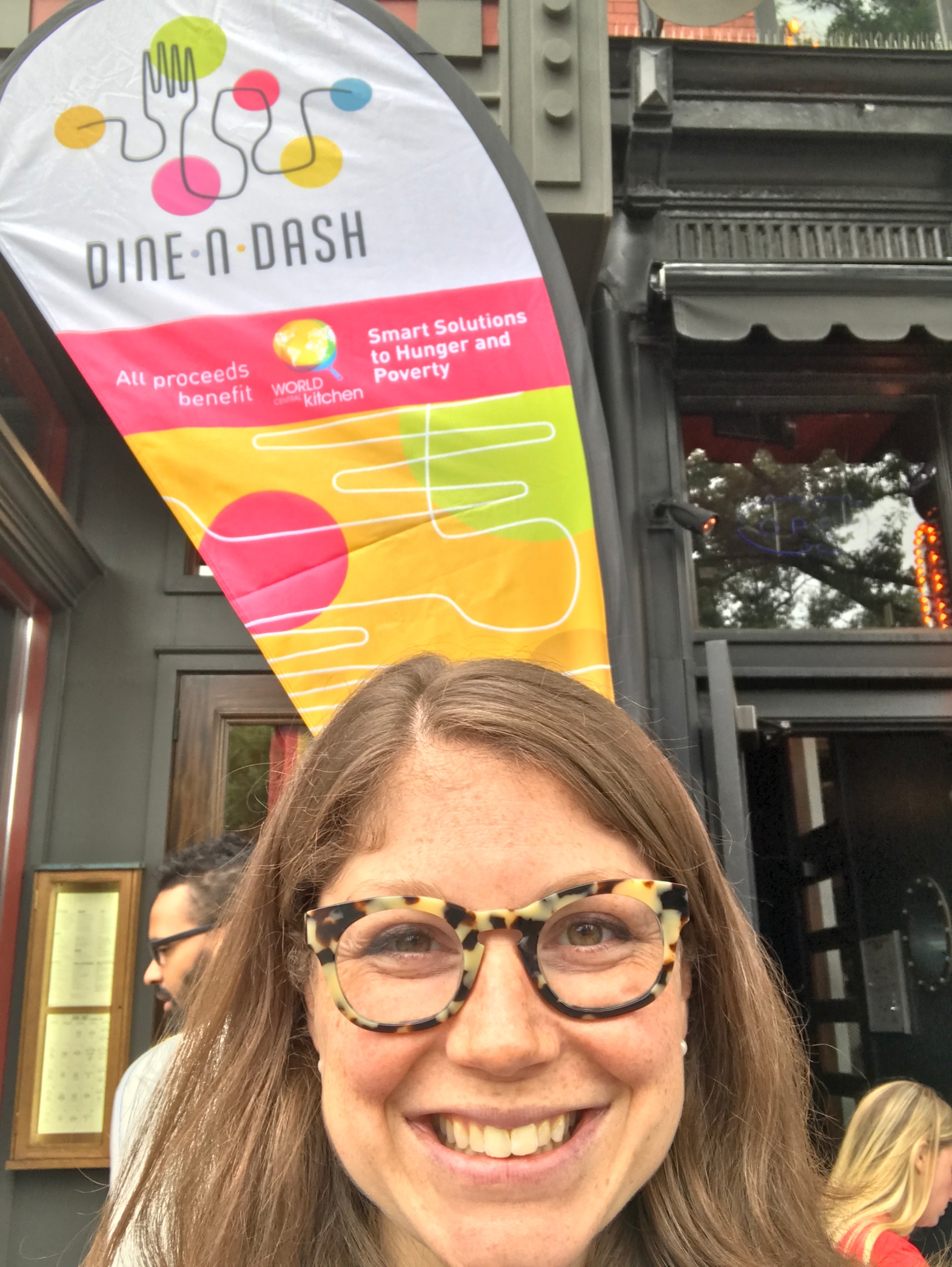 All of the restaurants, which were located along 14th Street and in Penn Quarter, were closed to the public during Dine-N-Dash. They also had these large banners outside to let people know where to go. 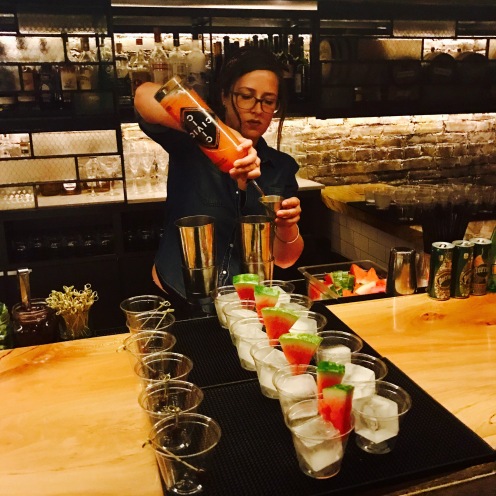 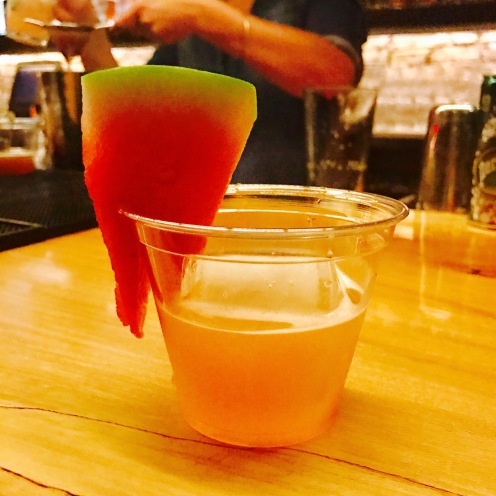 We picked up our maps and wristbands at Sotto, where I tried the tasty Restorative Smash (Civic vodka, clarified watermelon, basil, honey, lemon). 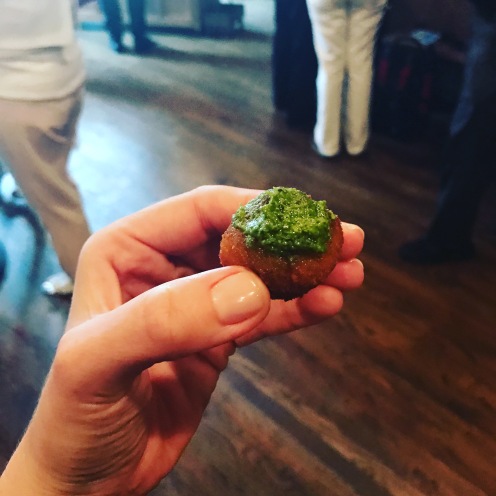 Next up was Ghibellina where I enjoyed the ramp arancini  with ramp pesto. 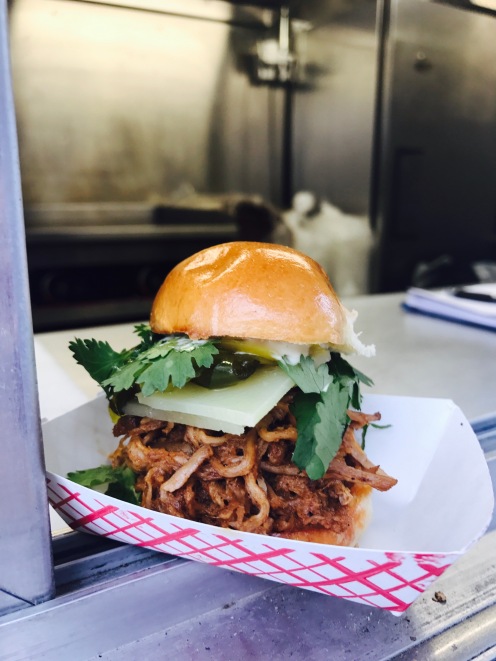 Then I headed over to the food trucks parked just off 14th Street. At Dirty South Deli I had the out of this world Mr. Chips sandwich (chopped pork, bread and butter jalapeno, Manchego cheese, cilantro, citrus mayo, brioche bun). I told myself I’d take two bites to save room but it was so good I ate the whole thing. 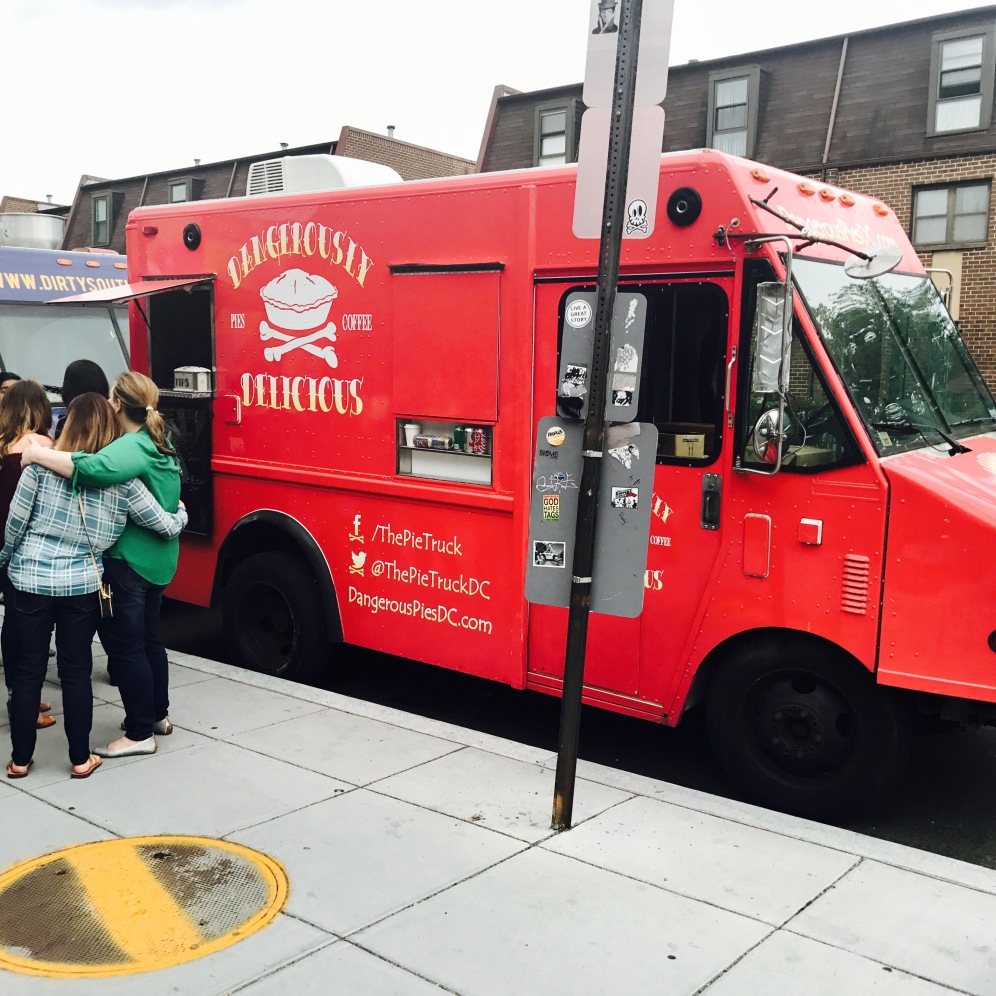 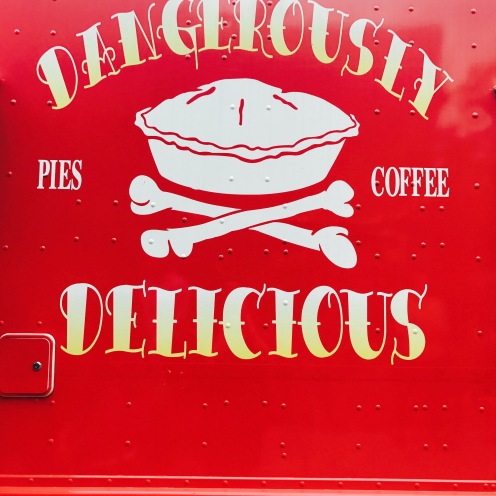 The next truck was Dangerously Delicious Pies. While they offered three savory pies I went with the chocolate peanut butter chess pie, which wasn’t that chocolate-y but very peanut butter-y. 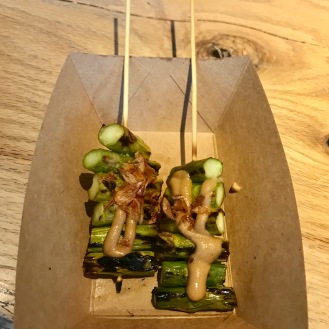 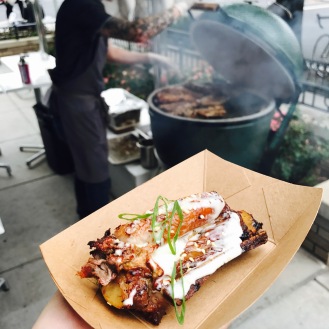 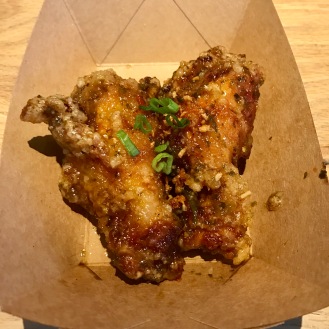 I crossed the street and headed to one of my fav restaurants, Doi Moi.  Chef Sasha Felikson was right outside manning the Big Green Egg. Those ribs were so f-ing good I had seconds–perfectly tender and so tasty. The grilled asparagus skewer with peanut sauce was also fabulous and I raved about them. The chicken wings (sticky Thai fish cause caramel) were great and I may have had seconds of those too! 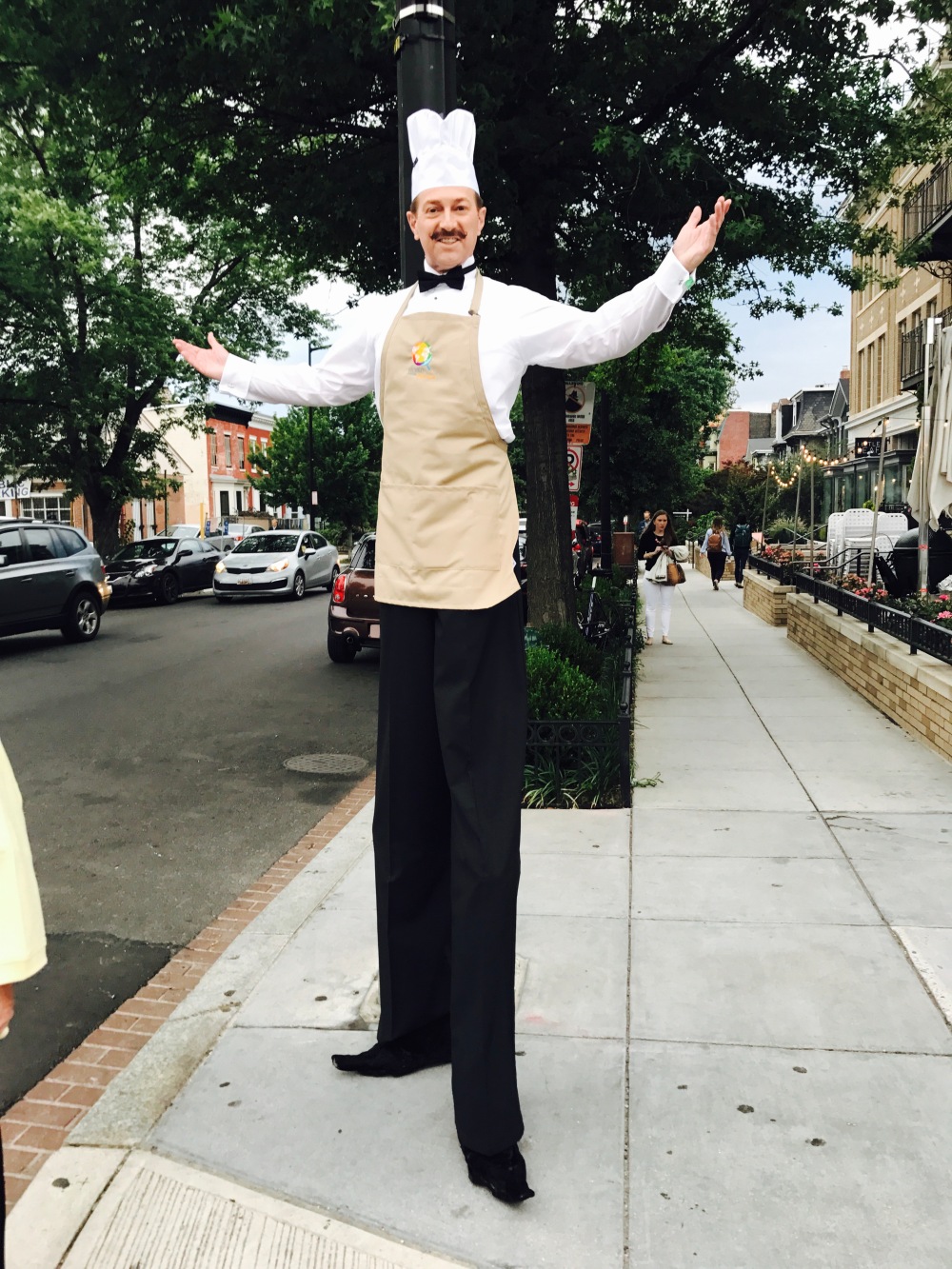 This guy was making the rounds. 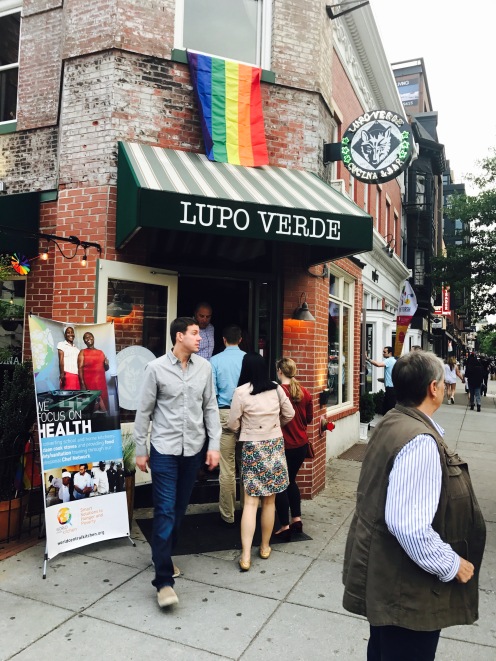 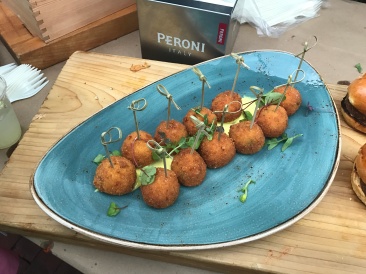 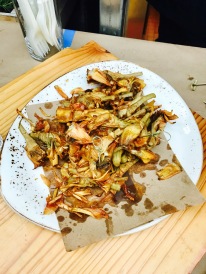 Next we headed to Lupo Verde. The food here was delicious and being served by Managing Partner Antonio Matarazzo and Executive Chef Matteo Venini. Left to right we have arancini, salty little anchovies and mozzarella, perfectly fried crispy artichokes, and a super tasty pork sandwich. I can taste the artichokes just writing this and I want more! 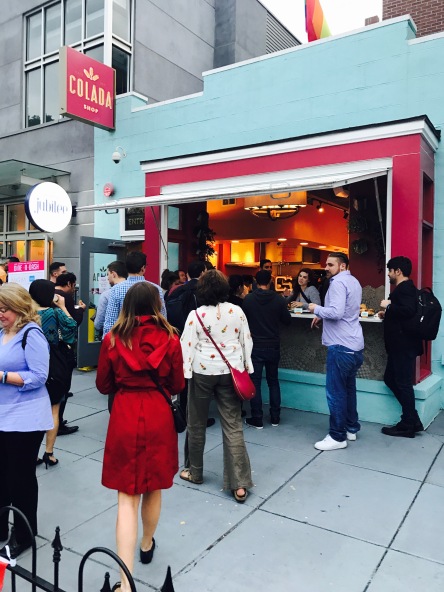 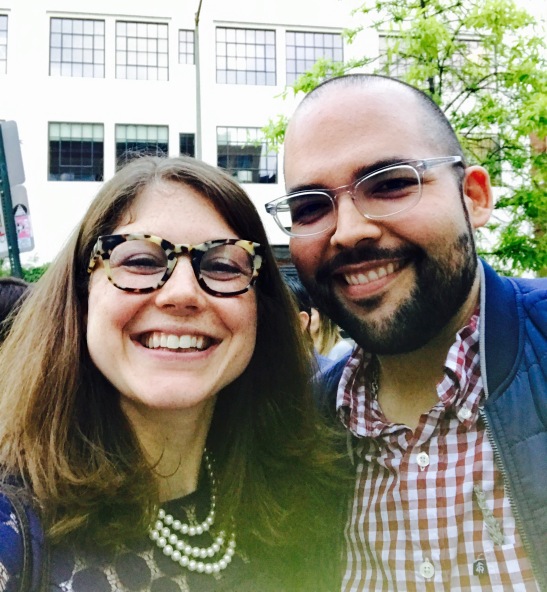 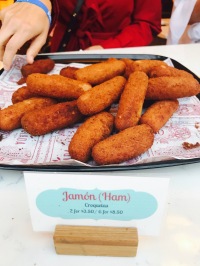 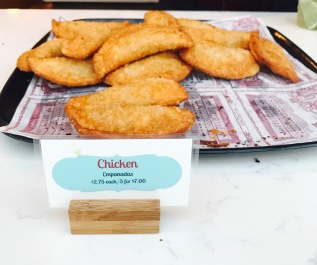 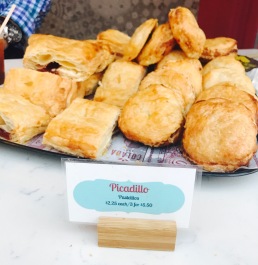 From there we hopped next door to Colada Shop to say hi to Chef and Co-owner Mario Monte. Always such a fun vibe there! Left to right we have crunchy croquetas de jamon, chicken empanadas, guava and cheese picadillos (my absolute fav), and flaky pastelitos de picadillo.

Over at Ice Cream Jubilee I tried their blueberry pie flavor (it had pieces of crust!!) and Thai iced tea, that really tasted like tea. I don’t know what I was thinking, though, I should have tried all the flavors! 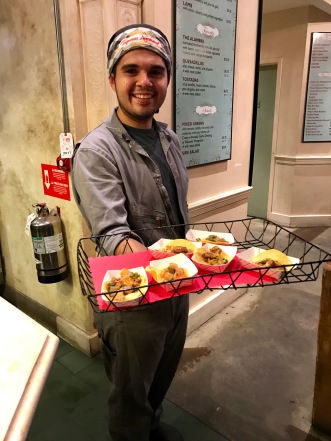 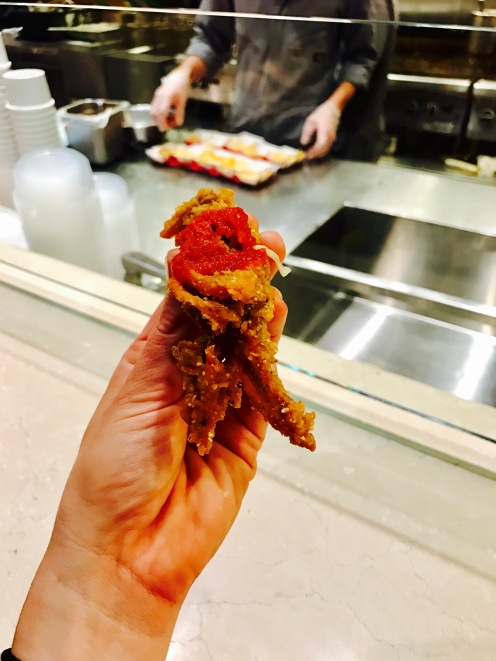 Then we went right next door to Taqueria Nacional. I was obviously super psyched Chef Ann Cashion was there. I tried the pork taco and the squash blossom, which had a nice flavor.

After that it was on to Policy. The bison short ribs with cheesy grits were wonderfully sweet, spicy, and of course cheesy. The lavender Collins (Absolut lime, lavender simple syrup, fresh lime, soda) was so refreshing. However, the best dish was the fantastic house made pork sausage! 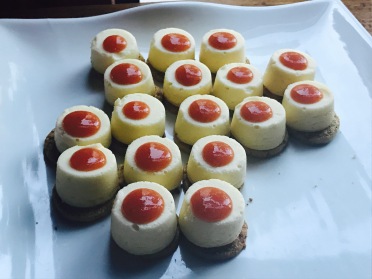 Next up was Estadio. It has such a lovely atmosphere and great music that we lingered here for a bit. We ate tortilla española, everybody’s favorite Manchego cheesecake with quince jam (seriously, I could eat a million of these), really tasty patatas bravas that were more tomato-y than I’ve had elsewhere, and shishito peppers that I want to just eat all day long. 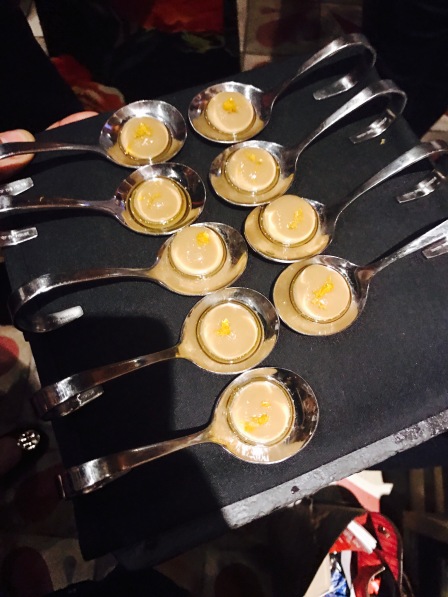 After that we Ubered over to Jaleo, which was packed in a good way. The jamon Serrano was delicious as always and I especially loved that Jose Andres had been there earlier and written “Jaleo” with the meat. I was super into the watermelon and tomato skewers, which were really unexpectedly flavorful. They also had liquid olives! Somehow I’d never had them and they were so good I can still taste the pop of flavor in my mouth. And of course there was sangria! 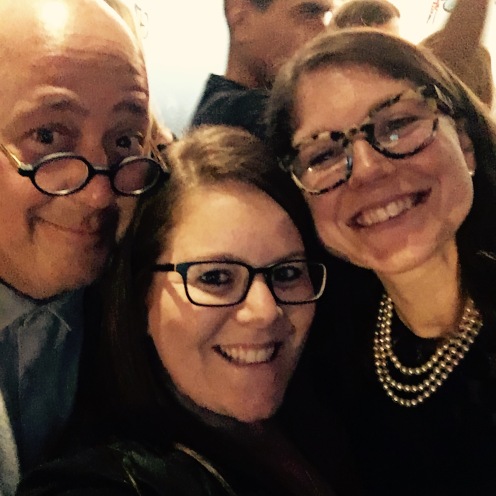 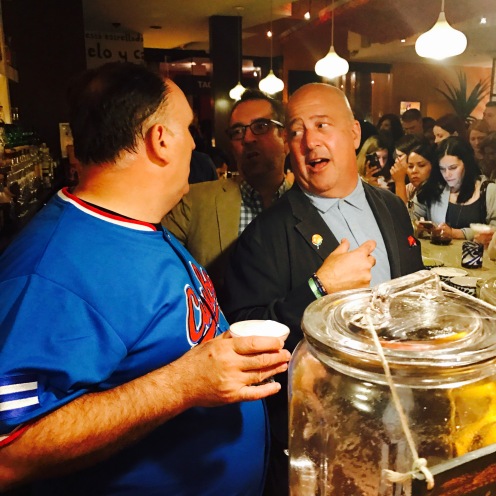 Our last stop was Oyamel and man did we luck out! Jose Andres, Andrew Zimmern, and Ted Allen were all there!! I was a hardcore fangirl but it was worth it–look at these great pics!! Jose is such an icon in the DC food scene it really was an amazing opportunity to meet him on this mission, especially since so many of his restaurants populate the Michelin Guide! 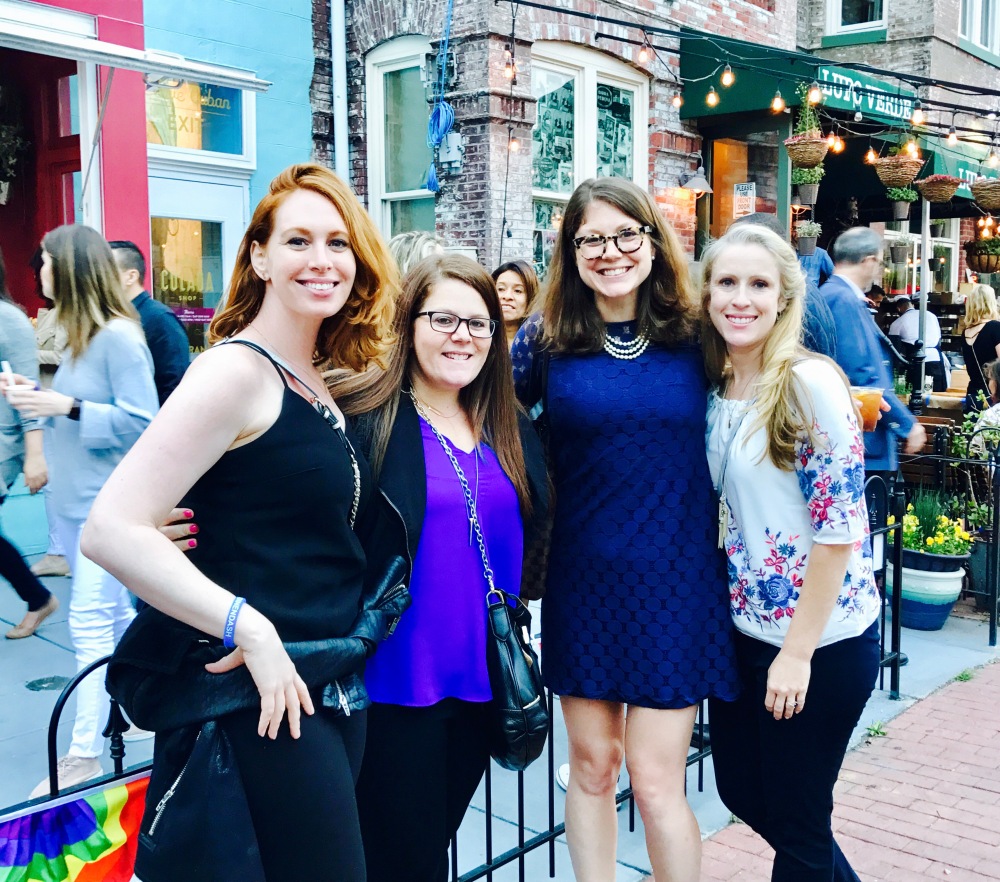 Overall I absolutely amazing night!! I really liked the opportunity to see the chefs in their element and experience each of their restaurants. The food was great, the drinks were delicious, and I will definitely do this again next year!